Twilight Fan Fiction: Why Is There Such A Fascination? 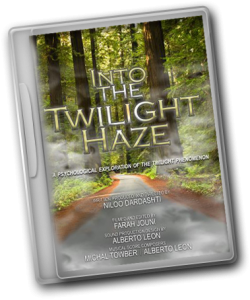 “Twilight appealed to so many people on such a deep primal level. I think it tapped into a universal longing for unconditional acceptance and connection – not only from and with another person but within their own selves.”

The Twilight phenomenon extended beyond cultures and across generations, which points to something that must be experienced on a collective unconscious level – meaning that on some level this story triggers something deep within the human psyche. The fan fiction is, on the surface, an effort to hold on to a character or characters that were so beloved by many fans; I think on a deeper level, it is an expression of the triggered yearnings that underlie some of the mass interest in Twilight.

The documentary I produced, Into the Twilight Haze (www.TwilightDocumentary.com), delves into the issues above and takes a closer look at cross generational female fascination with Twilight.

Through a series of interviews with women and experts in the field of sex therapy and consciousness, and using Twilight as a vehicle for exploration, we address some of the classic questions that come up surrounding male-female dynamics:

These are just some of the many questions that are answered in our insightful and compelling documentary about Twilight and relationships.

Why The Fascination With Twilight?

Many women are drawn toward romance novels like Twilight and Fifty Shades of Grey.

The media often likes to discuss the topic of enjoying such novels/films versus being drawn in to a fantasy world; expecting our significant others to embody the characters we come to swoon over. Into The Twilight Haze explores this issue, using Twilight as a vehicle, to discover what it is about such romance novels that is so alluring to women.

It also offers valuable insights on how to differentiate between healthy expectations, illusion-based thinking, and suggestions on how to make relationships work.

My film was recently featured on US News online, where some of these issues are discussed in more depth to understand this fascination.

Why the Twilight Into The Haze Documentary was created

What is it about the Twilight saga that is so compelling to women across generations and cultures?

This question was on my mind a year and a half ago when I had several patients who talked at length with me about what the film brought up for them, not to mention numerous friends and family members. I finally decided to watch the first Twilight movie and found that, despite my assumptions that I would not buy into the hype, I really liked the movie.

I began to think about what it was that was so alluring and came up with some ideas.

But I thought it would be most interesting to ask women of all ages how they felt about it and create a documentary regarding the phenomenon while looking at it from a psychological, social-emotional level.

Why is the Twilight Fan Fiction Series so Fascinating?

Twilight appears to tap into a universal longing for a partner with whom one shares a deep, distinct connection. Through speaking to many women (both in session and for the documentary), it seemed that a major aspect that women yearn for in men is that he be accepting and attuned, while maintaining a sense of unpredictability and gently challenging her.

While reading or watching Twilight, many women reported that they experienced memories of first loves and a longing for the intensity of feelings associated with a first love experience. There was also a consistent draw to the the sexual tension between Edward and Bella and many women expressed their paradoxical feelings of appreciation for women’s sexual liberation while still nostalgic about a time when couples did not rush into sex, (thus lengthening the tension if you will).

And we all know that by tension, we are also referring to most women’s favorite part of sex: foreplay.

Here is the trailer for the Into The Twilight Haze film. To view the full film, visit the Twilight Documentary website.