The Success of People With an Autism Spectrum Disorder

Last updated on September 8, 2020 By MPGteam 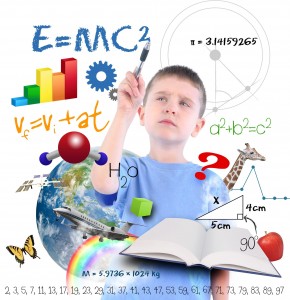 Finding out that your child has been diagnosed with an Autism Spectrum Disorder may be a very difficult experience, but in the face of this news, it is important to remind yourself that despite the difficulties and delays that may be characteristic of the disorder, people with ASD often have many strengths and characteristics that make them unique in a really great way. According to Stephen Short (2010), some of the strengths that a person with ASD might have include the following:

Given this long list of strengths that a person with ASD might have, it does not come as a surprise then that many people with ASD develop into leading very successful lives.

While ASD did not become a formal diagnosis until the 1940s, it has been suspected that notable people in history including Albert Einstein, Amadeus Mozart, Sir Isaac Newton, Charles Darwin, Thomas Jefferson, and Michelangelo may all have had ASD. More recently, several celebrities such as Dan Aykroyd, Matt Savage, and James Durbin have come out to say that they also have ASD. In terms of their individual strengths that led to their success, Dan Aykroyd reported that it was his deep interest in ghosts that led to his creation of the very popular movie, Ghost Busters. Matt Savage’s savant skills in the area of reading piano music led to his becoming a very accomplished pianist – performing for several heads of states and appearing on numerous television and radio programs. James Durbin’s hyper-focus on music led to his being a contestant on American Idol and a successful music career.

The most well-known and accomplished figure with ASD is Dr. Temple Grandin who currently works as a Professor of Animal Science at Colorado State University. Dr. Grandin encountered many of the difficulties and deficits that are characteristic of ASD such as delayed and repetitive speech, a hypersensitivity to noise and other sensory stimuli, and an inability to relate to others on an emotional level, but her strengths in the area of visual thinking led to a successful career as a livestock-handling equipment designer. Dr. Grandin is a proponent on focusing on the strengths of a person with ASD instead of their weaknesses, and has proposed that there are three types of specialized thinking that a person with ASD might have: 1) visual thinkers; 2) music and math thinkers; and 3) verbal logic thinkers. With specialized skills in one or several of these areas, a person with ASD that is encouraged to capitalize on their strengths and taught in ways that appeal to their thinking patterns, may become a very successful individual who is capable of doing things that even you and I might not be able to do.

As you can see, a person with ASD has many strengths that if capitalized upon may lead to their leading a very successful life. So, if you suspect that your child may have ASD or if your child has recently been diagnosed, try to identify the strengths that make your child unique, as this will be their lifeline to success.