How To Stop Your Teenager’s Phone Addiction 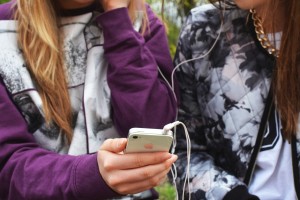 Technology is not just a piece of hardware or software, but rather a link to individuals all over the world. We live in a society driven by social networking and status, with access to applications and other sites right at our finger tips.

Society has reached a point in time where location is insignificant and the only thing that really matters is whether a cell phone/ device has internet connection. While technology is attached to our daily lives in a positive way, it has also changed the dynamic of many social interactions.

Today, teenagers can’t seem to get away from their cell phones. Whether sitting at the dinner table or hanging out with friends, a conversation either, 1. doesn’t take place or 2. is revolved around some type of social networking site.

In an article written by Kelly Wallace, she discussed several ways parents have managed to break their child’s habitual pattern of constantly being on their cell phones.

Other ways to stop the addiction:

Reference: “How to cut your kids’ cell phone addiction” By Kelly Wallace, CNN