What is Oppositional Defiant Disorder? 1,2,3 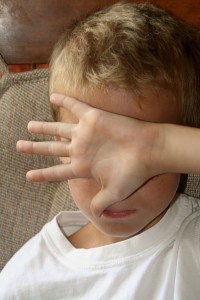 Oppositional defiant disorder (ODD) is one of a group of behavioral disorders called disruptive behavior disorders. Children and teens with ODD have a pattern of disobedient, hostile, and defiant behavior directed toward authority figures including parents, teachers, principals, and coaches. All children go through periods of uncooperative or hostile behavior that is actually normal, independence seeking behavior especially in toddlers and teenagers, but those with ODD exhibit these behaviors at school, at home, and in public on a constant basis and symptoms interfere with learning, classroom and household functioning, and relationships with others. ODD can first appear in late preschool or early school-aged children, but typically starts by age 8.

What are symptoms of Oppositional Defiant Disorder?

It can be difficult for some parents to see defiant behavior as a symptom of a mental health disorder, and it can be tempting to assume that a child will “grow out of it.”

Common behaviors seen in those with ODD include:1,3,4

These behaviors are constant, last longer than six months, and are excessive compared to the behavior of other children the same age. Girls may show symptoms differently than boys showing aggression through words rather than actions, and other indirect ways such as lying and being uncooperative, where a boy may lose his temper and argue with an adult. Estimates suggest between 1-16% of children and adolescents have ODD. In younger children ODD is more common in boys, but once reaching school age, boys and girls are equally diagnosed. A diagnosis of ODD can be accompanied by other mental health disorders including ADHD (most common), anxiety disorders, mood disorders, learning disorders, and language disorders. 1,2,5

Many parents report that from an early age their child with ODD was more rigid and demanding than siblings or peers. Science has not identified any one cause of ODD but biological, psychological, and social risk factors are all thought to contribute to risk.

What can be done to treat Oppositional Defiant Disorder?

A treatment plan will be tailored to the needs and behavioral symptoms of each child as well as age, severity, and co-occurring mental health conditions. ODD treatment can last several months or more and requires a parent’s commitment and follow-through, below are some treatment options that may be employed:1,6

Seeking treatment for any co-occurring mental health condition or learning disorder can decrease the behavioral symptoms of ODD. If left untreated, ODD can develop into Conduct Disorder, a more serious behavioral disorder that can lead to destructive antisocial behavior, and an increased risk of substance abuse and delinquency. Parenting a child or teen with ODD can be a trying and difficult challenge for parents, intervention strategies that work with most children such as time-outs, removal of privileges, and grounding often do not work with ODD. Seeking support and counseling means you as a parent gain strategies to react calmly when confronting extreme behavior, and learn ways of coping with the stress of parenting in the face of such difficult circumstances.1,2