The Difference Between Bribery and Reinforcement 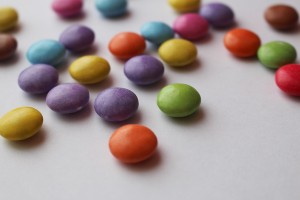 “Was that bribery or reinforcement?” is a very common (and valid!) question among many parents of young children. Are you unsure if something you give your child (or say to your child) is considered a bribe or reinforcement? Read on for some clarity!

Bribery is when something powerful such as money or an object (including an edible item) is given to a person in order to encourage them to engage in a specific behavior or complete an activity or task. Bribery is given before a person exhibits that desired behavior.

Reinforcement occurs when something is given or said to a person when a specific behavior is exhibited that increases the future likelihood that that behavior will occur again in the near future.

“After weeks of unsuccessful potty training, I gave my son M&M’s. I was desperate!” Check to see if this was a bribe or reinforcement by asking yourself, “Did I give the M&M before or after my son eliminated in the potty?” If before, it was a bribe, if given after, it was reinforcement. In this instance it was reinforcement. Even if the child did not eliminate successfully in the toilet, giving the candy after the attempt is a great way to encourage the child to try again next time.

Bribing a child has a negative connotation. However, rewarding a child has a very positive connotation. Many parents are rewarding their child’s positive behavior although they sometimes confuse these two terms. Children benefit from external rewards such as small edible items, points or tokens, small trinkets and labeled praise like compliments, in order to engage in appropriate behavior more often. Continue rewarding and reinforcing your child’s appropriate behavior by praising them and/or offering a small goodie after they have engaged in a behavior you would like to see them do again!