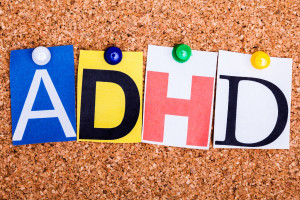 What is ADHD?
1,2,3
ADHD is currently understood as a neurobehavioral condition that is typically apparent in early childhood. Even if you were never diagnosed with ADD/ADHD as a child, that doesn’t mean you can’t be affected by it as an adult. ADHD affects 30-50% of adults who had ADHD in childhood. Adults with ADHD have difficulty staying focused and attending to daily, mundane tasks. There are three subtypes to a diagnosis of ADHD which include predominantly hyperactive, predominantly inattentive, and mixed type.

Predominantly hyperactive: Difficulty with impulse control, restlessness, and self-control are most prominent.

Primarily inattentive: Difficulty with attention, organization, and follow-through are most prominent.

Mixed type: Both hyperactive and inattentive subtypes are prominent.

Estimated prevalence of current adult ADHD is 4.4%. Adults with ADHD usually also have another disorder which may be a mood disorder, anxiety disorder, substance disorder, or intermittent explosive disorder.

What causes ADHD?7
Researchers haven’t found a single cause of ADHD. Some factors that are being researched include genetics, certain environmental factors, brain injury, nutrition and the social environment, all of which may contribute to ADHD.

What treatment options are there?
Medication and psychotherapy can help you to compensate for areas of weakness and start taking advantage of your strengths.

Cognitive behavioral therapy and ADHD coaching can help with: